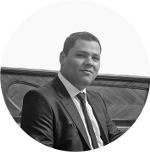 In this article I’ll share my experience improving the codebase of an acquired product, this couldn’t be possible without the help of a fantastic team. Before diving into the initial diagnostic and strategies that we took to tackle technical debt, I’ll share some background around the acquisition. Let’s start.

I wasn’t involved in the acquisition process. I started working with this client around a year after that decision; that’s why in this article, I do not mention those details. Maybe the only thing that I can share is that Elixir and Phoenix power the product, and possibly at the time of the acquisition, fulfilled its goal and covered some opportunity costs for the client.

I’ll assume that the previous developers made their best effort under a set of constraints (time, team-size, among others) that I don’t know how good or bad they were. This codebase is now part of the team, and it’s our team goal to take ownership of this codebase, to accomplish that we establish some common goals:

After the acquisition process, the client knew that the codebase was a “dumpster fire” (their words, not mine). Still, it was generating revenue, so throwing away that product was out of the question. Thankfully, the client allowed some time to improve the codebase.

At the same time, we delivered new features, even accepted the fact that we had to delay some deployments until we thought it was the right time to do it. Again, I mention this because this kind of agreement is difficult to get sometimes.

The repository followed a poncho structure; the state of some of the applications were the following:

The team decided to tackle these improvements in a series of continuous steps.

As I mentioned before, removing unreachable or unused code was easy for us, and with that, we removed a considerable burden when trying to understand how the applications work. Here the critical player in my workflow was unused, which is a command-line tool, written in Haskell, that helps you to identify unused code in multiple languages and that includes Elixir.

Before we proceeded with the code removal, we were confident that the code we were removing wouldn’t break the program, one way we used to gain more confidence was mix xref callers CALLEE, which prints all the callers of the given CALLEE1.

Then, we started adding unit tests to each project. Unit testing is a first-class concern on our team, so, before proceeding with a storage service migration (e.g., Moving a Mongo collection into a PostgreSQL table), we added unit tests, using the ex_unit framework, around the modules and functions that we were planning to migrate. While doing this, we did some test coverage analysis with mix test --cover to identify untested areas of the code.

Adding unit tests around the areas we were planning to migrate increased our confidence in the following steps, and also helped us to discover other bugs along the way. So, that was a win-win situation for us.

Another great addition was the error monitoring process, before doing that we were almost blind about the things that were failing in production, well, that’s not entirely accurate, we had access to the logs, but nobody in the team was checking those constantly.

The team was already using Sentry in other applications, so we decided to use Sentry here too. We started linking Sentry with our GitHub repository. We proceeded to tackle one bug at a time in multiple applications, giving priority to the events with a higher number of occurrences. To provide you with an idea of the situation at the beginning, some of the applications had so many errors that Sentry responded with HTTP Errors 429 (Too Many Requests), that’s why some team-members coined the term “dumpster fire” to this legacy application. Today the situation is another story, so I recommend adding an error monitoring tool as soon as possible in your projects, and this includes your staging environments too.

We used other tools too, like dialyzer, it’s true, dialyzer can be intricate sometimes. Still, I would say that it could be beneficial to discover bugs in your code and also incorrect types and specifications (a.k.a. typespecs).

Last but not least, credo has been useful to run static code analysis in our codebase and to promote some consistency and readability.

While we haven’t included ex_doc in our workflow yet, we have added a bunch of documentation in our code, and it’s already paying dividends; newer team members mentioned that the onboarding process is more accessible thanks to that documentation.

While we were refactoring, we made many decisions to improve the current codebase, among them, one of the most recent was that we identified that the company was losing money when an agent/user started a session (LOGON) in a 3rd party system. Still, the agent wasn’t READY to operate. The interaction with the 3rd party service was something like this:

So, given the previous scenario and given that a GenServer can process only one message at a time, we had some agents in the NOT_READY state waiting for the FORCE_READY operation. What we did, in this case, was to split the input per agent IDs and then dynamically create GenServers where its state was all around the agent/user, once the agent finished its session, we stopped that GenServer instance. This change allowed us to increase our FORCE_READY operations thanks to the concurrency and prepared us for a new feature, which kicked users after a configurable time of inactivity.

Previously the kicking process was done by our support staff manually. We added the “kicking inactive users” feature while we were doing a work re-retreat (the company is 100% remote). You can’t imagine the happiness shown by our support staff after deploying that feature and seeing how the application was automatically kicking inactive users. Sometimes, as a developer, we lose the perspective and impact that we can make on people’s lives; it was a humbling experience.

Elixir and Phoenix, even in the worst-case scenarios, have demonstrated that it allows some companies to deliver excellent results. But, it’s the team culture, and following effective practices, that enables to improve the user experience, while enhancing the performance and the quality of the code.